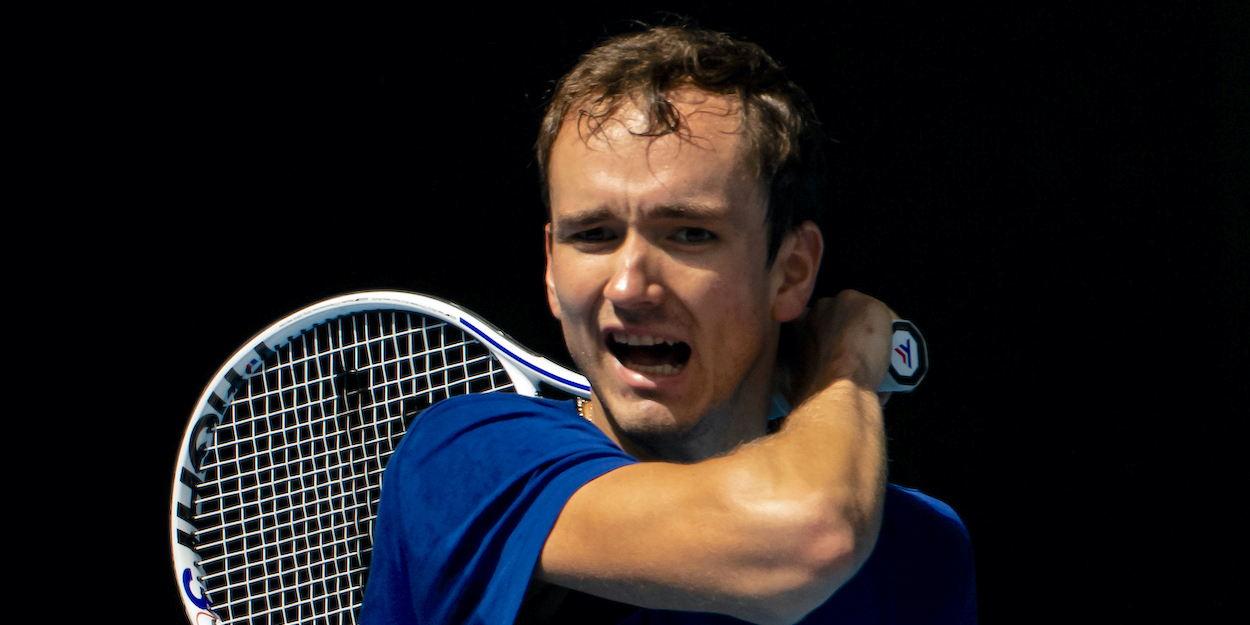 Daniil Medvedev was not happy with the crowd on Rod Laver Arena during his battle with home favourite Nick Kyrgios, but made sure to keep his cool and secure the win.

But the US Open champion showed his Slam winning calibre to oust Kyrgios in four sets and advance to the third round.

After leaving the court and speaking with Eurosport, Medvedev was asked if he was angry about the crowd.

“It’s not anger it’s just a little disappointing,” he explained.

“I had a break point on my second serve when people are cheering like ‘you already made a double fault.’

“That’s just disappointing because, it’s not everybody who is doing it, but those who are doing it probably have a low IQ.”

Medvedev has been known to boil over at times, over the years and occasionally still does, with perhaps his most famous outburst last season coming when he kicked a TV camera in frustration after colliding with the equipment.

But the Russian is definitely trending towards a more composed demeanour, as evidenced by his maiden Major triumph in New York in September.

“Five years ago I’d probably break two rackets, just get angry, start shouting at my box for nothing, probably would not help me win the match,” Medvedev continued on the match with Kyrgios.

“I can still have some tantrums, we all know it. But I’ve been working on myself pretty hard, trying to mature as a tennis player and as a person.”

Medvedev, the highest ranked player in the men’s draw, will next take on Botic van de Zandschulp in a rematch of their US Open quarter-final, the Dutchman being the only man to take a set off the Russian en route to the title there.