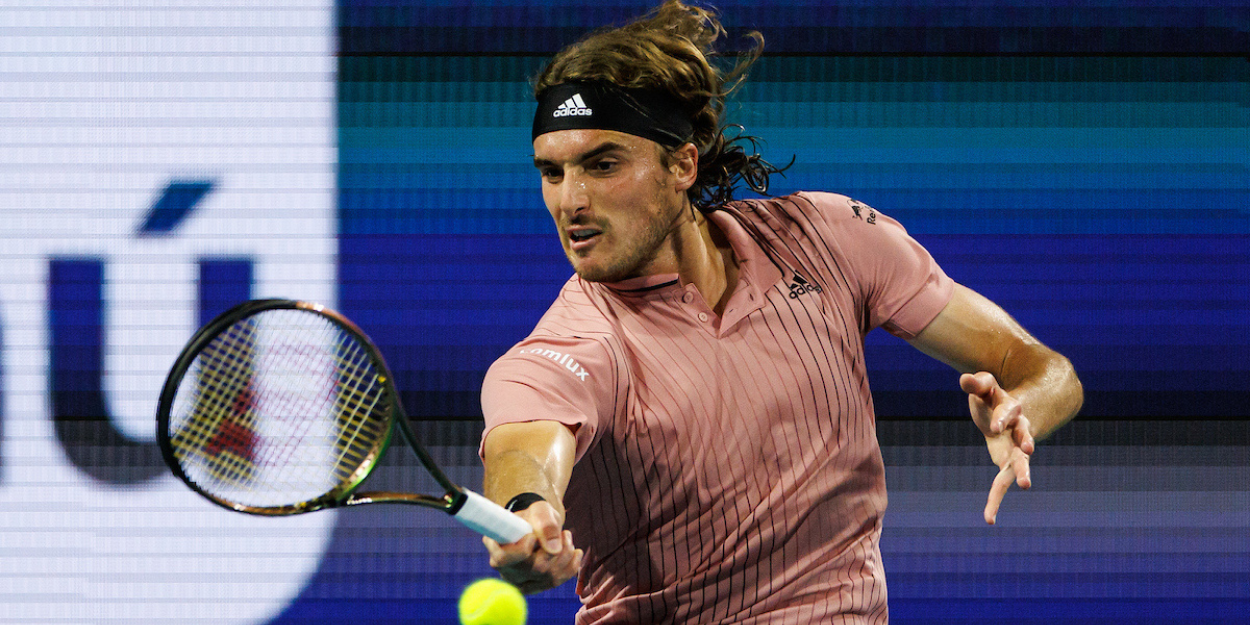 ‘Tennis is the most difficult sport that exists’ claims Stefanos Tsitsipas

Monte Carlo Masters champion Stefanos Tsitsipas has explained why he thinks tennis is the hardest sport to play, stating that “if you make a few mistakes you can find yourself on the back foot.”

The world number five has been in great form this season especially on clay.

In every clay tournament so far this season the man from Greece has reached at least the quarter-final stage, with the 23-year-old also winning his second successive Monte Carlo Masters title.

Tsitsipas has continued this form into the Rome Masters as he is set to face world number one Novak Djokovic in the final.

However, Tstispas, unlike his Monte Carlo title where he was only taken to three sets once, was forced to dig deep in the Italian capital to reach his fifth Masters 1000 final.

The Greek has been involved in some tough matches in Rome this week, as he was forced to come from behind in both his semi-final clash against Alexander Zverev as well as his last 16 match versus Karen Khachanov.

He also had to save two match points in order to beat Bulgaria’s Grigor Dimitrov.

Even though he was able to progress, Stefanos Tsitsipas reflected on just how quickly a tennis match can change if a couple of mistakes are made.

Speaking in a recent interview, Tsitsipas told reporters, “Tennis is the most difficult sport that exists, if you make a few mistakes you can find yourself on the back foot – one break in our sport, men’s tennis, could mean a lot.”

“You find yourself chasing all the time, to be honest with you, not a great way of serving today in the first set, rushing a lot, having too many things on my head all at once, too many things going through my head when serving.

“Once I established a clear picture and focused on time then it was a lot different in terms of being able to make the right decisions at the right time. He played good, he returned well, he seemed to be swinging through the shots freely which gave me more to work.”

Stefanos Tsitsipas: Nick Kyrgios ‘a bully’ with ‘an evil side’ who ‘cannot play without a circus’