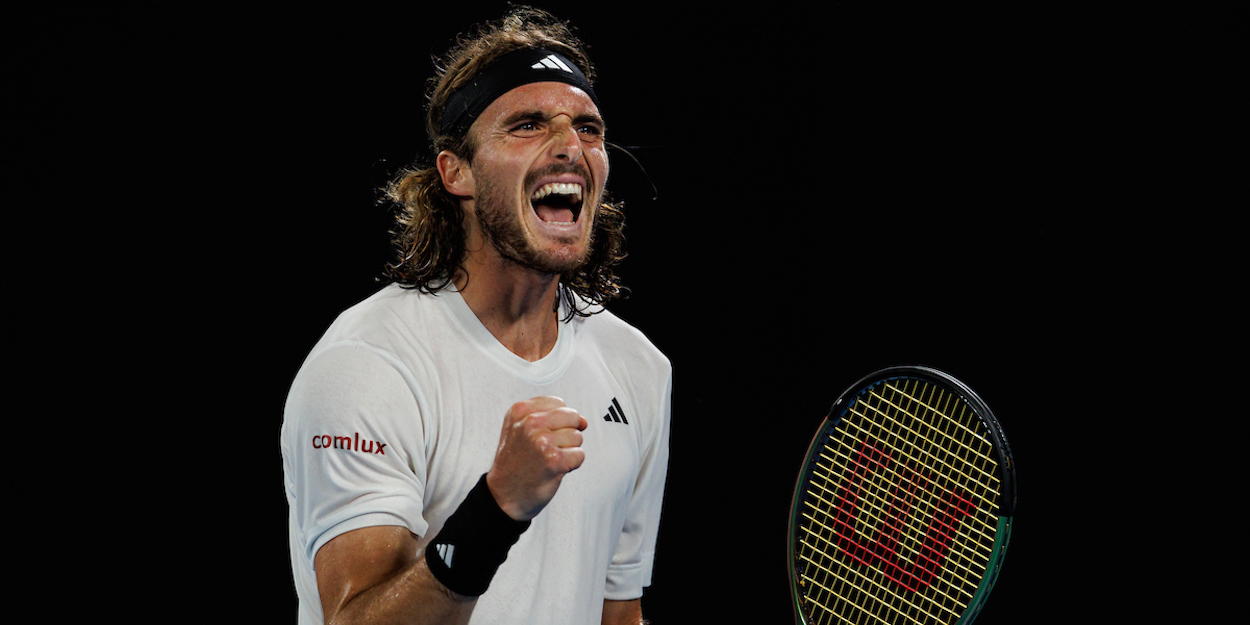 Stefanos Tsitsipas is into the Australian Open semi-final, for a third consecutive year, and Mats Wilander believes the Greek’s ‘huge weapon’ has had a lot to do with his success in Melbourne this year.

Wilander is a tennis expert for the Australian Open, which is live and exclusive on discovery+ and Eurosport, and won seven singles Grand Slam’s, including three Australian Open titles.

Tsitsipas booked his spot in the final four with a win over young Czech, Jiri Lehecka, in a closely fought straight sets win, 6-3 7-6(2) 6-4.

The 24-year-old held his serve through the entire match, despite Lehecka having eight break point opportunities, with the No.4 utilising his serve in the important moments.

Wilander was full of praise for Tsitsipas’ serve, “He’s serving unbelievably well, I’m not sure if the toss is in a better place maybe. But the percentage of unreturned serves when you play someone who is as good a ball striker as Lehecka to get free points was unbelievable.”

He continued, “It’s become a huge weapon. He’s figured out how to hit pretty precise serves. He’s not as precise as someone like Novak Djokovic but he’s got the power. Those serves when he was 0-40 down [in the seventh game of the third set] were huge for him.”

Wilander’s point is backed up by the statistics, with the Greek winning 80% of points against Lehecka when his first serve was in. Tsitsipas has in-fact only been broken six times across 17 sets in Melbourne.

However, Tsitsipas’ serve was not the only talking point, with a small moment of controversy catching the headlines. At 4-3 up in the third set, Tsitsipas hit the ball against the back wall in frustration, narrowly missing a ball kid.

Whoa… 😬 Stefanos Tsitsipas came THIS close to hitting a ball kid out of frustration in an incident eerily reminiscent of Novak Djokovic's controversial US Open default. 😳

Tim Henman, who was disqualified from Wimbledon in 1995 for a similar incident, has warned the No.4 to be careful in the future, “Tsitsipas was unhappy with his return and as the ball came off the back fence he had a good hit of the ball. Speaking from experience you have to be careful when hitting balls around the court.”

Tsitsipas will contest his fourth Australian Open semi-final, in five years, on Friday against Karen Khachanov. Tsitsipas will be the favourite, with a 5-1 head-to-head advantage over the Russian, as he looks to reach his first final down under.

Watch every match from the Australian Open live and exclusive on discovery+, Eurosport and the Eurosport App.