A blockbuster meeting between Andy Murray and Kei Nishikori headlines the first-round action at the San Diego Open.

The pair, who have spent the vast majority of their careers inside the top 10, will face off for the first time since Murray triumphed in four sets at the French Open in 2017.

Although Nishikori currently finds himself ranked 59 places higher in the ATP rankings, Murray has a 9-2 advantage in the head-to-head.

Whoever wins the opening round contest will face an even tougher test in second seed Casper Ruud, who will come into the match after starring for Team Europe in Boston at the Laver Cup.

Should the Russian prevail, we could see a quarter-final clash between Rublev and Argentine star Diego Schwartzman in a repeat of the Laver Cup classic, which Rublev took 11-9 in the decider.

Third seed Felix Auger-Aliassime, who is starring for Team World at the TD Garden, will begin his tournament against Grigor Dimitrov or Marton Fucsovics, whilst fourth seed Denis Shapovalov could face Taylor Fritz in the second round. 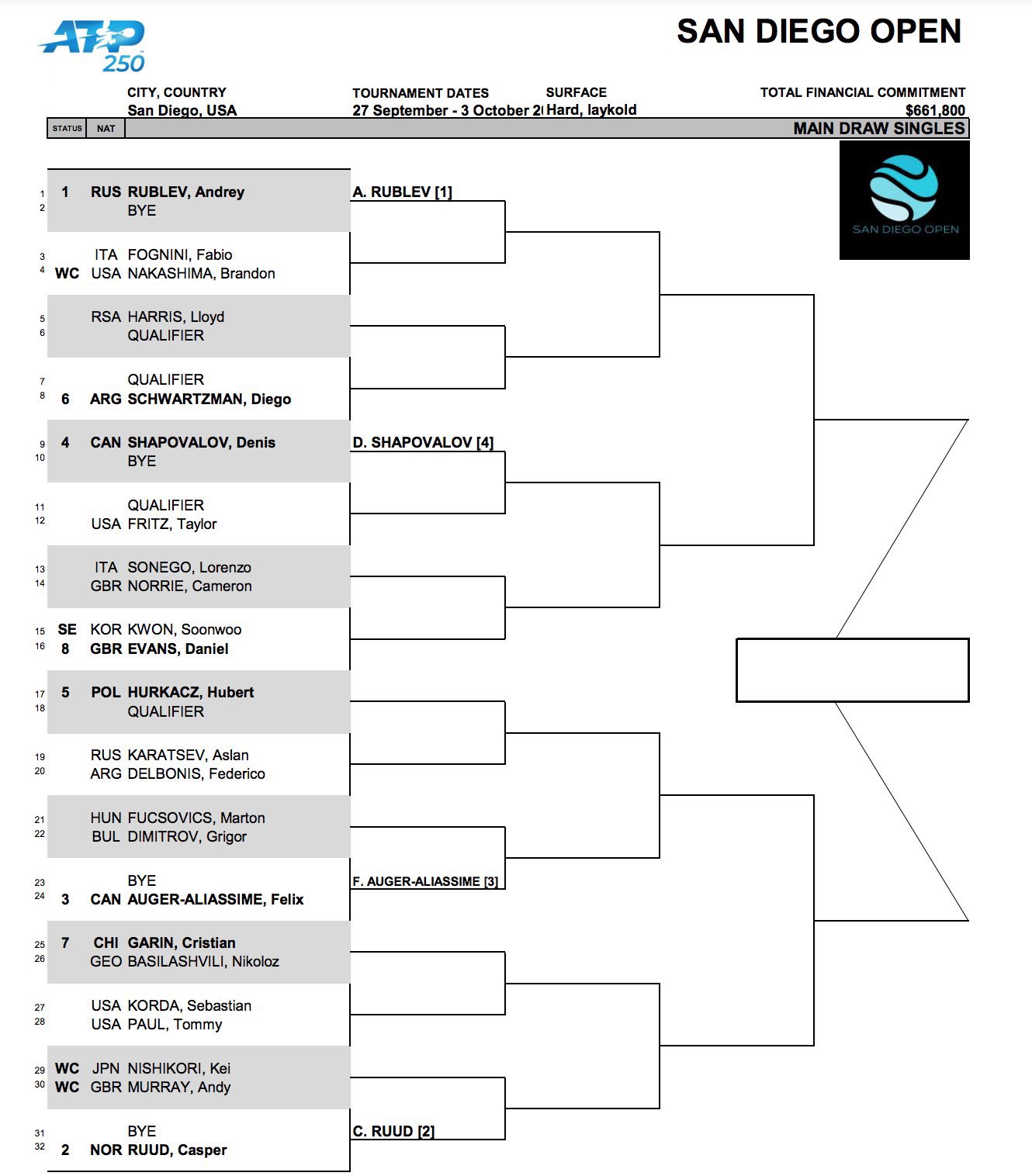