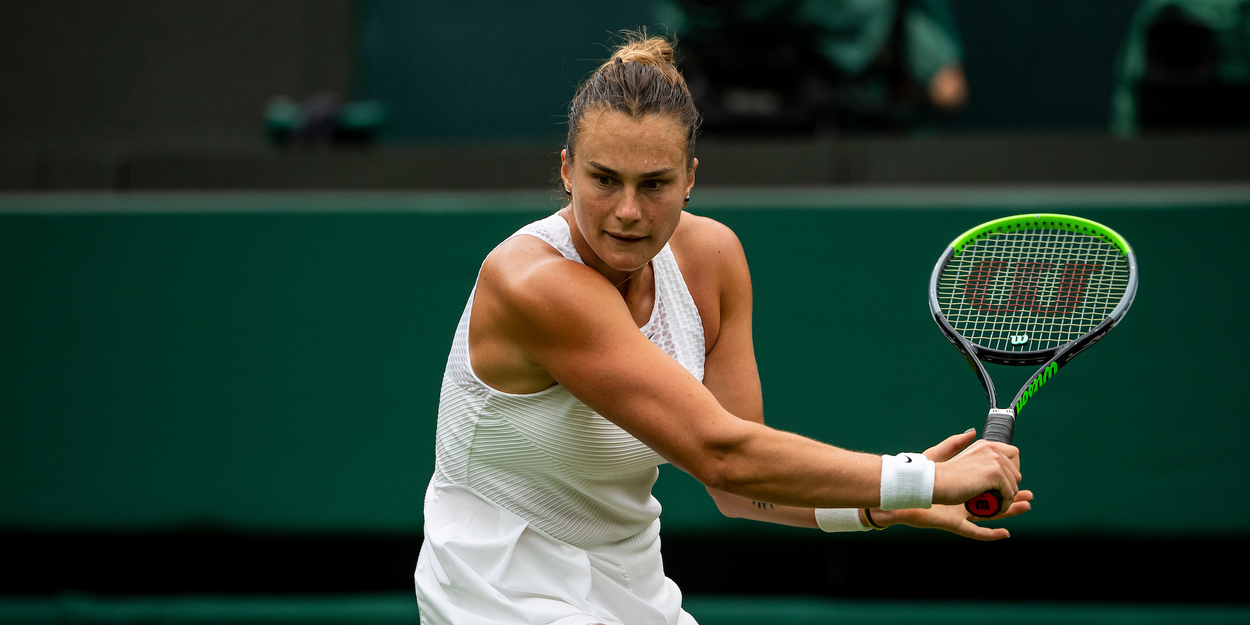 Aryna Sabalenka said she is “enjoying every second on court” after defeating Ons Jabeur in straight sets to reach the Wimbledon semi-finals.

The second seed downed the 26-year-old Tunisian 6-4, 6-3 in an impressive quarter-final display on Centre Court at the All England Club.

The 23-year-old Belarusian is through to the last four of a Grand Slam for the first time – having previously not made it past the fourth round.

“I’m really happy with this win. It’s always tough matches against Ons. She’s such a great player and amazing person so it’s tough to play against her,” Sabalenka said in her on-court interview.

“The atmosphere was unbelievable today. I’m happy that from the side it looks like everything is working for me. Sometimes it’s really tricky shots on the grass. Sometimes it’s tough to do anything with the ball.

“I’m really happy that I’m still here in the tournament and somehow I find a way to win matches here. This surface – it’s amazing and it fits amazing my game. I’m enjoying every second on the court.”

Sabalenka will play eighth seed Karolina Pliskova in the semi-finals on Thursday. The 29-year-old Czech will also be making her Wimbledon final four debut.