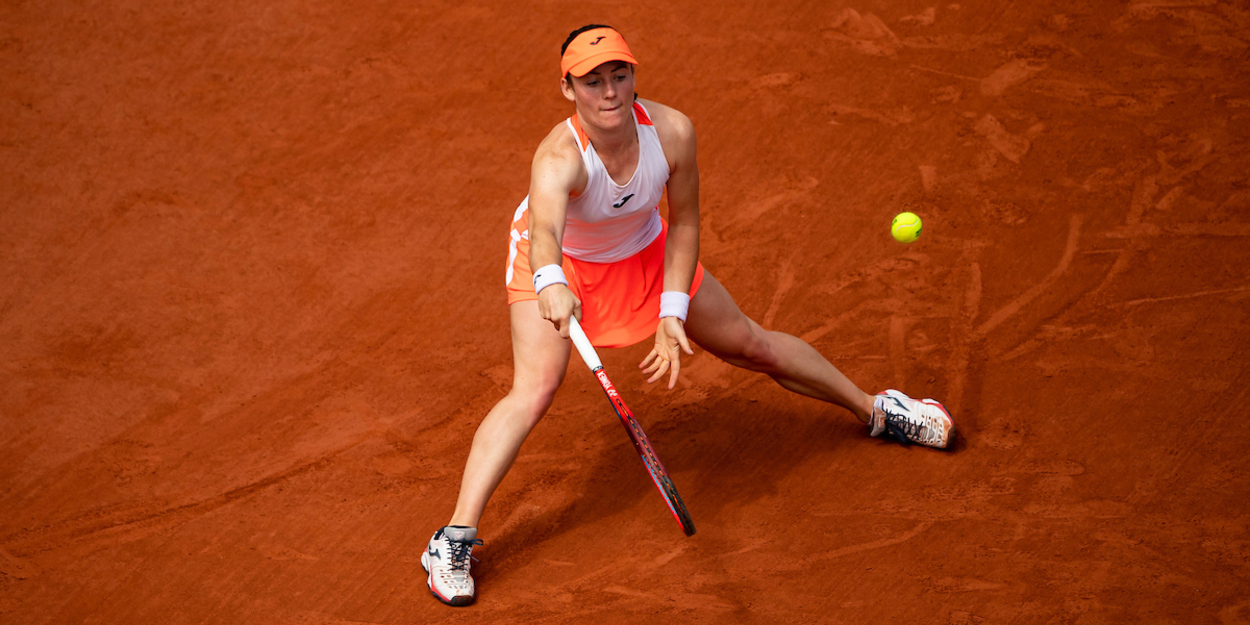 Tamara Zidansek was delighted with her win as she reached her first ever Grand Slam semi-final, with an epic win against Paula Badosa.

The Slovenian defeated Spaniard Bardosa 7-5, 4-6, 8-6 in a terrific battle that lasted two hours and 29 minutes.

The No. 85 recovered from 0-3 to steal the opening set 7-5. Zidansek led 4-2 in the second set, before Badosa fought her way back into the match, forcing a decider after winning the second set 6-4. A marathon final set ended with the Slovenian firing a forehand winner to take it 8-6.

“I’m really, really happy. Thank you to everyone that came out and supported me. Thank you to my team, you’re amazing.” Zidansek said in her on-court interview.

“I knew before the match it was going to be a tough battle, I was a set and 4-2 up then Paula came back. I was struggling a little bit but then in the third set I managed to get in my groove, feeling better and I was fighting really well.”

World No. 85 Tamara Zidansek had previously never reached R3 at a major. She’s now a Grand Slam *semi-finalist* with a 7-5, 4-6, 8-6 takedown of No.33 seed Paula Badosa. #RolandGarros pic.twitter.com/ef0xgCQgsN

“I will rest and watch the quarter-finals. I have some recovery, but I’ll look at the match too.”

The 23-year-old hit 48 winners and 39 unforced errors, while winning 60% of her first serve points.

She will play either Kazakh Elena Rybakina or World No. 32 Anastasia Pavlyuchenkova in the last four.